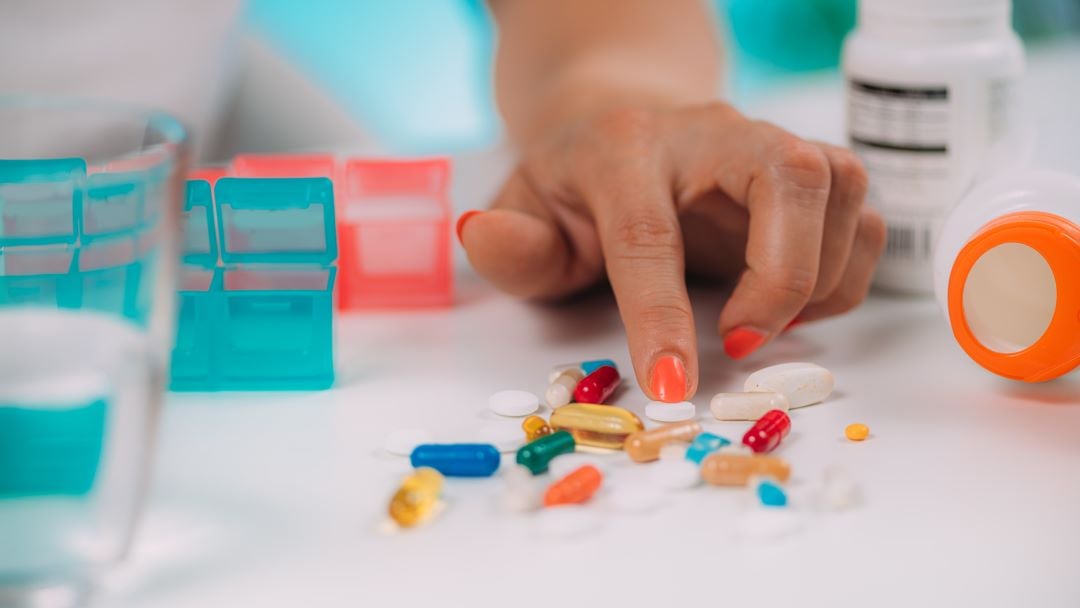 For years, clinicians and medication experts have sounded the alarm on polypharmacy, which is typically defined as the use of five or more medications. The Lown Institute reports that more than 40% of older Americans regularly take five or more prescription drugs and nearly 20% take more than 10 medications.

These are concerning figures considering the numerous negative consequences associated with polypharmacy. As an article in the medical journal Expert Opinion on Drug Safety notes, "… the burden of taking multiple medications has been associated with greater health care costs and an increased risk of adverse drug events (ADEs), drug interactions, medication nonadherence, reduced functional capacity, and multiple geriatric syndromes." The Lown Institute also states that every day, approximately 750 older Americans are hospitalized due to serious side effects from one or more medications and that the odds of experiencing a serious adverse reaction to a medication increases 7–10% with each additional drug.

Fortunately, as the healthcare industry has gained a greater understanding of and appreciation for the risks associated with polypharmacy, there have been concerted efforts to develop tools that can help tackle this challenge, in part by increasing deprescribing. This is the approach to reducing or discontinuing medications that are unnecessary or deemed harmful.

By leveraging one or more of the following eight tools, your organization can help safely reduce polypharmacy, increase deprescribing, and achieve substantial clinical and financial benefits.

Deprescribing is considered one of the most effective ways to decrease polypharmacy. Deprescribing.org is a website designed in Canada for the sharing and exchanging of information about deprescribing approaches and research. It includes many resources, including case reports, evidence-based deprescribing algorithms, guidelines, pamphlets, and publications. If you're looking to gain a better understanding of deprescribing and its applications, the website should prove to be tremendously valuable.

The Medication Appropriateness Index (MAI) is a set of 10 questions conceived to help clinicians make deprescribing decisions. The questions, as identified in a Pharmacy Practice article, are as follows:

As the article notes, "The MAI is designed to allow rating of 10 explicit criteria to determine whether a given medication is appropriate for an individual. The 10 criteria of the MAI, worded as questions, pertain to the individual patient and drug in question." Each criterion is rated on a three-point Likert scale. When added up, the resulting score is intended to determine level of inappropriateness, with a score of 0 meaning the drug is appropriate and 18 representing maximal inappropriateness.

The MAI was developed and published in 1992. A 2014 article published in Drugs Aging examines its history and discusses its future, with the writers concluding, "The MAI may become a viable quality measure for identifying potentially inappropriate prescribing in older patients, especially if those with higher MAI scores can be more easily identified by applying explicit criteria to readily available pharmacy claims data."

The American Geriatrics Society (AGS) Beers Criteria has helped clinicians make smarter decisions about prescribing for nearly three decades. The Beers Criteria is described as a "… compendium of medications potentially to avoid or consider with caution because they often present an unfavorable balance of benefits and harms for older people." The criteria were first developed in 1991. It was most recently updated by AGS in 2019 and published in its entirety in the Journal of the American Geriatrics Society.

4 and 5. STOPP and START criteria

These two resources — the screening tool of older people's prescriptions (STOPP) and screening tool to alert to right treatment (START) criteria — were first published in 2008 and most recently updated in 2014. The latest versions of STOPP and START includes a combined 114 evidence-based criteria — up more than 30% from the original.

As the Age and Ageing article describing version 2 of the criteria notes, STOPP/START version 2 "… have been expanded and updated for the purpose of minimizing inappropriate prescribing in older people" — which is similar to Beers. However, as an article in The Journal for Nurse Practitioners notes, "Unlike the Beers Criteria, STOPP and START criteria provide guidance on inappropriate medications as well as medications that are underprescribed." With the STOPP/START criteria, clinicians can potentially decrease polypharmacy by improving medication appropriateness.

The Assess, Review, Minimize, Optimize, and Reassess (ARMOR) protocol provides a stepwise approach for evaluating polypharmacy in geriatric patients. An Annals of Long-Term Care article summarizes the elements of each step as follows:

The article notes, "ARMOR is an effort to approach polypharmacy in a systematic and organized fashion. Functional status, its restoration, and maintenance are the primary outcome goals. This tool also emphasizes quality of life as a key factor for making decisions on changing or discontinuing medications."

Developed by Geriatrician Dr. Doron Garfinkel, the Good Palliative-Geriatric Practice (GP-GP) algorithm is designed to guide decisions concerning the discontinuing of elderly patients' unneeded medications. A 2010 feasibility study on the algorithm that was published in the Archives of Internal Medicine showed that following the algorithm resulted in the discontinuing of nearly 60% of the medications taken by 64 community-dwelling elderly. In total, 256 drugs were discontinued and just six were later readministered by the family physician due to symptom recurrence.

A study in 2019 examined the benefits of providing a single, full-day workshop that provided training to physicians on the GP-GP method. The results: changes in prescribing patterns in outpatient and inpatient settings that lead to a moderate reduction in polypharmacy.

The final tool we highlight is our own Meds 360° platform. An article in Today's Geriatric Medicine notes, "Conducting medication reconciliations at care transitions, eliminating duplicate medications, assessing for drug-drug interactions, and reviewing dosages can reduce the incidence of polypharmacy…"

Meds 360° supports the efforts of organizations to achieve these objectives and more. The software providers clinicians with a comprehensive, current view of medications prescribed to a patient and patient pickup and refill history, dosage changes, and more. To learn more about Meds 360° and how it can help your organization reduce polypharmacy, schedule a demo. 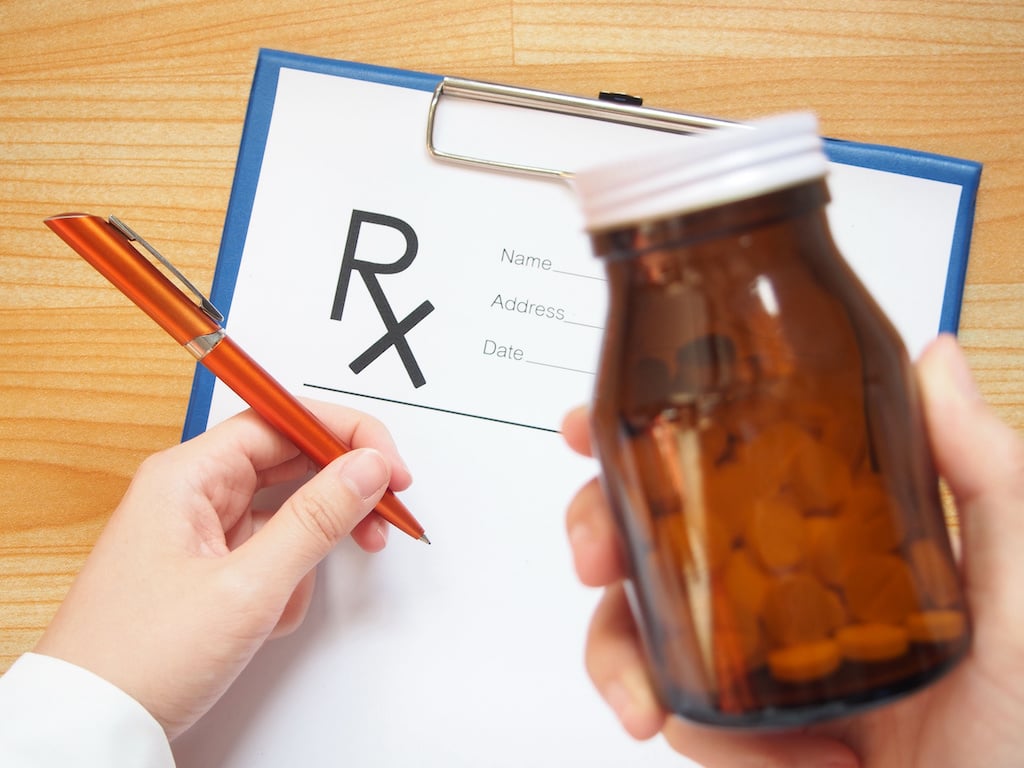 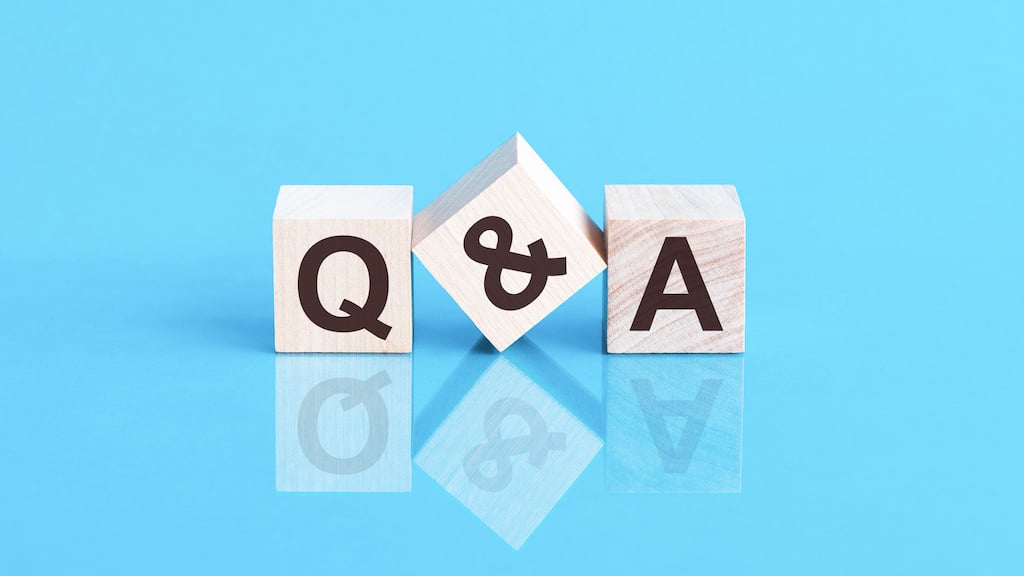