9 Disadvantages of Smartphones in Healthcare

Smartphones have been widely heralded as game-changers for healthcare. As we've previously highlighted, there are many mobile health benefits, and smartphones are the most popular form of mobile device. The Pew Research Center notes that more than 80% of American adults own a smartphone while the percentage of U.S. adults with a tablet hovers around 50%.

Healthcare providers are embracing smartphone technology — so much so that a 2018 survey by the Spyglass Consulting Group showed that nine of 10 healthcare systems were planning significant investments in smartphones (and secure unified communications).

While we believe the pros of smartphones in healthcare outweigh the cons, we can acknowledge that there are some shortcomings that organizations and clinicians will want to take into consideration when developing and growing a mobile health strategy.

Here are nine of the disadvantages of smartphones in healthcare.

1. Not everyone has a smartphone.

As previously stated, more than four out of every five American adults own a smartphone — a figure that has increased rapidly over the past several years. However, that also means that one out of every five U.S. adults does not presently own a smartphone. Unless they own a tablet or have another means of accessing a mobile device, these individuals are not in a position to take advantage of mHealth applications.

Organizations that increasingly rely upon patient engagement via apps as part of their care delivery and management strategy will need to ensure those patients lacking smartphones are not overlooked or neglected.

The longer one owns a smartphone, the more likely it is to experience problems that can negatively impact its usefulness. Older smartphones often encounter issues with installing and running newer applications. Even if an application can run, when interacting with it proves difficult (e.g., slow operation, crashes), users become less likely to launch the app or will abandon it. There are other problems associated with older smartphones, such as weakened battery life and screen quality, poor security, and low storage space.

Considering these potential issues, clinicians should never assume that smartphones owned by patients are capable of doing what clinicians desire.

A major barrier to smartphone adoption is cost, with newer smartphones typically running at least several hundred dollars, and some models exceeding $1,000. These high costs are also contributing to owners holding onto their devices for longer. According to a recent study by HYLA Mobile, the average age of all trade-in mobile devices surpassed three years for the first time in the second quarter of 2019. As users hold on to their phones longer, they are more likely to experience the problems highlighted above.

While not all smartphone apps need Internet access to function effectively or to their full capacity, many do. Thankfully, there are plenty of cell towers and several places that provide access to Wi-Fi. However, neither are assured, so when a smartphone is unable to receive and send data, some apps may fail to function as needed. Factors that can magnify this challenge include location, with rural areas often facing a broadband gap compared to urban areas; varying levels of coverage provided by carriers; and international travels.

As a Digital Trends report notes, the number of Android apps available tops the number of iOS apps by about half a million. What this tells us is that many apps can only run on Android devices — and likely, many apps exclusively designed for iOS devices. Furthermore, as the report states,

"Traditionally, iOS has been a more lucrative platform for developers, so there has been a tendency for new apps to appear there first, but that is changing as Android's market share continues to grow."

Clinicians that want to suggest a specific healthcare app to patients will need to ensure the app is available for Android and iOS devices and are compatible with the wide range of devices patients own.

There are thousands of healthcare-related apps available for smartphones. Many of them are bad for a variety of reasons. A quick Internet search turns up numerous stories about problematic apps, from a period-tracking app that may share a user's details on social media to a questionable weight management app for children to apps with little or no evidence of value (and possibly harmful side effects). There are many good health apps, but they're not always easy to identify. As a Consumer Reports article notes,

"Some health apps can be valuable tools for patients and doctors, but it's hard to figure out which ones are effective and safe — and which might put your health or privacy at risk."

7. Patients have reservations with mHealth.

While patients are generally receptive to the idea of using their smartphones for healthcare purposes, they are often hesitant to take full advantage of some apps.

As a Rock Health survey of 4,000 US adults found, 89% of respondents said they adopted at least one digital health tool. This only tells part of the story. Survey results show that "… respondents were increasingly guarded about their health data — in 2018, respondents were less willing to share data with highly trusted entities like providers and insurance companies compared to 2017."

Furthermore, patients are not yet on board with viewing their medical data on smartphones, notes an EHR Intelligence article covering a JAMA Network Open study. The study's results showed that less than 1% of patients who logged into their health system's patient portal also used their smartphones to view their EHR data.

If clinicians hope to engage with patients and encourage improvements in care through apps and/or downloaded medical records data on a smartphone, barriers to adoption will need to be addressed.

Healthcare organizations have long been concerned about data privacy and security. This was the case before information could travel so freely outside their facility walls as it can now thanks to smartphones and other devices, such as laptops, tablets, and portable hard drives. If a smartphone is lost or stolen and lacks proper levels of security, the information stored on it and accessible via apps can be viewed and possibly downloaded. Such a scenario could have significant legal and financial implications for an organization and clinician.

Data privacy and security must be high priorities for any organization planning to rely more heavily on smartphones.

As a Slate article notes, "… 90% of healthcare personnel never clean their devices. In a day's work, a nurse or doctor's phone can be splashed, splattered, or smeared with wound drainage, blood, or god-knows-what other bodily dreck. Handling the device can transfer bacteria to the ears, nostrils, and hands."

The use of smartphones can undoubtedly improve a patient's healthcare. But they can also harm it. 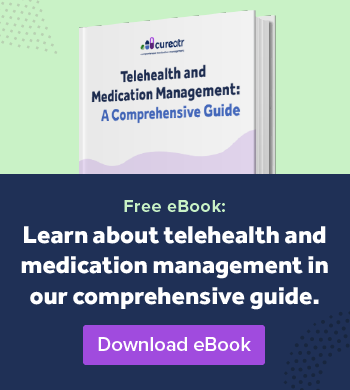