close
172.16.46.23
https://blog.cureatr.com/defining-polypharmacy-and-understanding-its-risks-and-benefits
Defining Polypharmacy and Understanding Its Risks and Benefits
2022-07-02 14:49:23

Defining Polypharmacy and Understanding Its Risks and Benefits 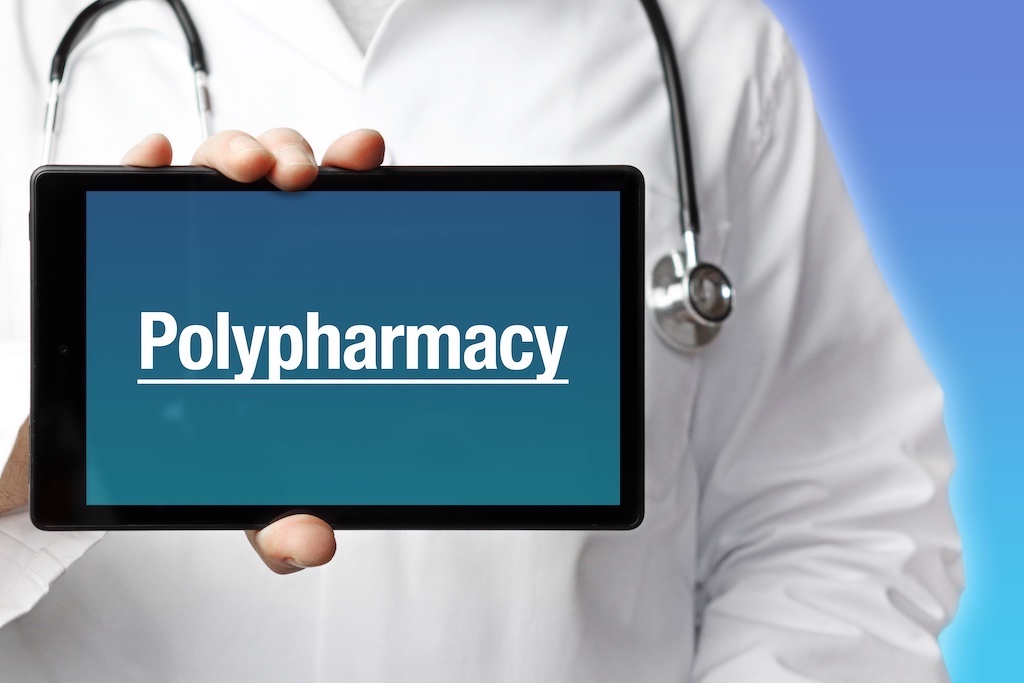 While polypharmacy has received increased attention in recent years, the term has been in use for quite some time. A StatPearls column states it was first used in medical literature "over one and half centuries ago to refer to issues related to multiple-drug consumption and excessive use of drugs." Polypharmacy simply breaks down as follows: "poly" as a prefix meaning "many" or "multiple" and "pharmacy," in this case, meaning medications. And yet, the StatPearls piece acknowledges that the definition of polypharmacy has evolved with different meanings and different situations.

So, what are ways polypharmacy has been defined? Let's review some definitions.

The World Health Organization defines what qualifies as a "medication" in its definition when it states, "Polypharmacy is often defined as the routine use of five or more medications. This includes over-the-counter, prescription and/or traditional and complementary medicines used by a patient."

A U.S. Pharmacist article elaborated on this definition, stating, "Although no concrete definition of the term exists,  polypharmacy  has come to mean the use of several (usually five or more) medications on a daily basis, with the possibility that these may not all be clinically necessary."

An article in The Journal for Nurse Practitioners on polypharmacy in older adults takes an interesting approach by associating the term with a single group of patients: "Polypharmacy refers to the use of multiple medications in a patient, commonly an older adult."

The Impact newsletter from the Institute on Community Integration at the University of Minnesota is just one of many publications that defines polypharmacy in a negative manner: "The term polypharmacy means the use of more medications than is medically necessary."

An American Family Physician article includes multiple qualifiers: "Polypharmacy, defined as regular use of at least five medications, is common in older adults and younger at-risk populations and increases the risk of adverse medical outcomes."

Polypharmacy is sometimes qualified with another term. For example, "excessive polypharmacy" is defined by a BMJ Open article as "concurrent use of 10 or more different drugs," with the publication defining polypharmacy as "the use of five to nine drugs" and "no polypharmacy" as "taking four or less drugs ([including] those taking no medicines)."

If you're thinking there are a lot of definitions for polypharmacy, you're correct. A literature review concerning the available definitions of polypharmacy submitted to Dove Medical Press drew attention to the challenges associated with such a wide range of definitions. The authors noted, "This review confirms a high variability and an evolution in the approaches defining 'polypharmacy' in the absence of a consensus following standardized criteria. That makes it very difficult to estimate and measure the outcomes associated with this phenomenon."

Any discussion about defining polypharmacy should be accompanied with a discussion about its clinical implications and consequences — in other words, its risks and benefits. Taking a single medication can bring risks (e.g., harmful reaction with food or beverage, allergic reaction, undesirable side effects, not working as expected) and benefits (e.g., relieving pain, curing infection, managing condition). But what can happen when the number of medications one takes increases, perhaps to five or more daily medications — the most common definition of polypharmacy?

Perhaps the most significant risk associated with polypharmacy is the increased potential for adverse drug events (ADEs). As an Expert Opinion on Drug Safety article notes, a population-based study showed that outpatients taking five or more medications had an 88% increased risk of experiencing an ADE compared to those who were taking fewer medications. And in nursing home residents, rates of ADEs have been noted to be twice as high in patients taking nine or more medications compared to those taking fewer medications.

As the U.S. Department of Health and Human Services notes, in inpatient settings, adverse drug events — most of which are preventable — account for an estimated 1 in 3 of all hospital adverse events and about 2 million hospital stays annually. In outpatient settings, ADEs account for more than 3.5 million physician office visits, an estimated 1 million emergency department visits, and approximately 125,000 hospital admissions.

More specifically, polypharmacy is associated with increased risk of adverse drug interactions. The aforementioned U.S. Pharmacist article states, "Research has shown that patients taking five to nine medications have a 50% chance of an adverse drug interaction, increasing to 100% when they are taking 20 or more medications. Health Research Funding reports that polypharmacy accounts for almost 30% of all hospital admissions and is the fifth leading cause of death in the United States."

In a previous blog, we identified six of the ways that polypharmacy creates challenges for patients to adhere to a medication regimen:

One study on medication nonadherence and polypharmacy published in Drugs & Aging noted that "…  increasing number of drugs prescribed at hospital discharge is correlated to non-adherence and a high percentage of patients did not understand the purpose of their medications."

Other health risks associated with polypharmacy that have been cited in literature include:

Finally, polypharmacy risks extend beyond potential clinical dangers.  Polypharmacy has been shown to contribute to increased healthcare costs for patients and the healthcare system.  As Bloomberg reports, Americans spend more on prescription drugs than anyone else in the world, with average costs of about $1,200  per person per year.   As a patient's number of medications increases, so typically does their out-of-pocket costs. If the patient is covered by federal or government-subsidized insurance, some of those costs are likely incurred by taxpayers.  And millions of patients are reportedly skipping medications due to their high cost, which increases health and safety risks.

The risks associated with polypharmacy are significant, which is why there is an increasing national focus on deprescribing, which an American Family Physician article defines as "… adjusting medications down to the minimum effective dosage or stopping them when a patient's health status changes in a way that medication burden or potential for harm outweighs the benefit of the medication."

With that said, it is important that efforts concerning reducing polypharmacy are not focused on decreasing the number of medications for the sole purpose of bringing the figure down. That's because there are often benefits associated with patients taking multiple medications — even five or more daily. The proper mix of medications can help manage chronic conditions, treat ailments, and improve a patient's quality of life. The key to achieving such benefits is through "intelligent polypharmacy," sometimes also referred to as "rational polypharmacy," "targeted polypharmacy," "evidence-based polypharmacy," and "combination pharmacotherapy."

In a Journal of Advanced Pharmaceutical Technology & Research article, writers note that "polypharmacy without reason" has the potential to cause significant problems. But intelligent polypharmacy can help avoid such issues. "The prescriber and administrator should be aware of the fact that multiple medications should be prescribed only when it is known that these drugs will be able to target the disease from various pathways. The benefits of these drugs should be more than the individual and combined risk of side effects."

Attaining the benefits that can be associated with polypharmacy boils down to the core factors that should guide any medication regimen: patient- and condition-specific medication selection together with effective review of interaction risks and ongoing medication management, reconciliation, and deprescribing (where appropriate) that helps ensure optimization of the regimen. While the number of medications a patient is taking is an important consideration for effective medication management, understanding the value of each medication individually and the role it plays within the regimen in helping realize health and wellness goals should be of higher priority when working to make sound prescribing decisions. 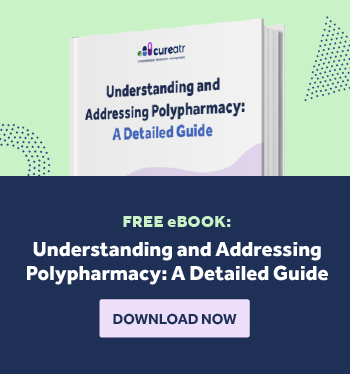