Polypharmacy in Older Adults: Statistics That Help Tell the Story 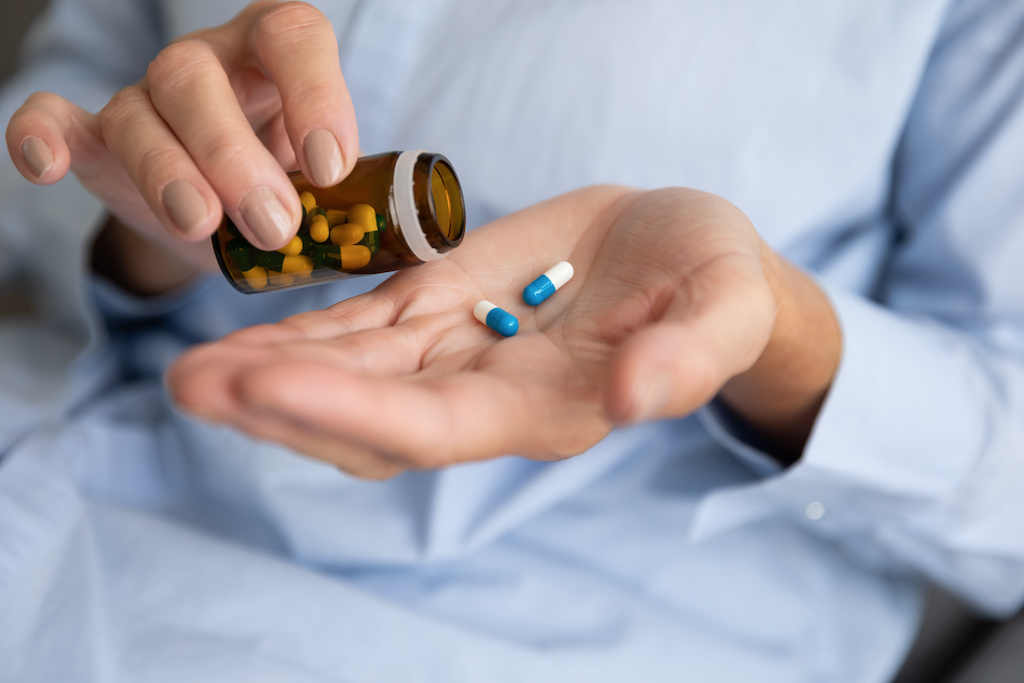 Polypharmacy has been described as a "global risk factor for elderly people" and for good reason: Polypharmacy in older adults can increase the risk of adverse drug events (ADEs) and drug interactions, contribute to declines in medication adherence, and increase costs.

But polypharmacy can also do good for older adults, which will be defined in this blog as 65 years or older. Optimized polypharmacy management can help relieve pain, cure infections, and better manage chronic conditions.

To gain a better understanding of polypharmacy in older adults and why it's an issue that clinicians should be mindful of when considering changes to a medication regimen, review these statistics about and relating to polypharmacy.

According to the U.S. Census Bureau, there was an estimated 54 million people 65 years and over in the United States in 2019, with a median age of 73.

Increase of more than one-third

In June, the U.S. Census Bureau released estimates showing that the 65-and-older population grew by over a third (~34%) during the past decade, and by a little over 3% from 2018 to 2019. As the number of older adults grow, so does the number of incidents associated with polypharmacy risks and nonadherence and their costs.

"With the growing elderly … population, medication management for polypharmacy is a need that grows more dire every year," states a Neurology and Therapy article.

These are widely cited figures concerning polypharmacy. An estimated 44% of men and 57% of women older than age 65 take five or more medications, which is how polypharmacy is most frequently defined.

Along with the aforementioned figures, 12% is frequently cited as the percentage of both men and women in the 65 and older age group taking 10 or more medications per week, sometimes referred to as "excessive polypharmacy."

A study published in JAMA Internal Medicine found that the number of older people taking five or more prescription drugs, over-the-counter medications, and supplements is about 67% — a figure that, like many alarming polypharmacy metrics, is on the rise.

The Lown Institute, in an April 2019 report, estimated that polypharmacy — which Lown essentially refers to as "medication overload" — would result in 150,000 premature American deaths and more than 4.6 million hospitalizations over the next decade. "[Medication overload] will reduce the quality of life for millions more. Strong, coordinated, and immediate action is needed to stem the tide of this epidemic, which harms people of all ages, but especially older generations."

The Lown Institute notes that the risk of an ADE increases by 7–10% with each medication.

A Mayo Clinic Proceedings paper simplifies the risk of polypharmacy when it states, "There are supporting data from pharmaceutical-care principals that, on average, patients taking five medications will average one significant drug problem. "What remains clear is that higher numbers of medications increase the frequency of adverse drug events, nonadherence, and costs."

As U.S. Pharmacist notes, it is not unusual for patients with respiratory problems, type 2 diabetes, and coronary heart disease to take six to nine medications to help reduce long-term risk of further complications and secondary coronary events. "In fact, strict adherence to national treatment guidelines for such patients results in a minimum of six concurrent prescription medications."

A sample of Medicare beneficiaries discharged to skilled nursing facilities from an academic medical center found that these patients were prescribed an average of 14 medications. Of these 14 medications, about six were found to potentially exacerbate underlying geriatric syndromes. They noted a strong correlation between falls and the number of medications at discharge.

Use of herbal or dietary supplements by older adults increased from 14% percent in 1998 to 63% percent in 2010.   As UpToDate, notes, "Often, clinicians do not question patients about use of herbal medicines, and patients do not routinely volunteer this information." Yet, "herbal medicines may interact with prescribed drug therapies and lead to adverse events, underscoring the importance of routinely questioning patients about the use of over the counter medications, nutraceuticals and herbal therapies."

Medication-related adverse events in general practice are thought to cause between 10% and 30% of all hospital admissions in older patients.

Heart failure patients are estimated to take almost seven prescription medications each day, totaling up to 10 daily doses. With approximately 60% of patients with heart failure having five or more chronic conditions, it's not surprising that a Medscape column states, "All of these factors have the potential to be a perfect storm for polypharmacy and medication nonadherence."

Our final statistic further highlights the risk of polypharmacy but also shows that polypharmacy should not be considered a negative concept by default.

The results of research published in the American Heart Association's Circulation: Cardiovascular Quality and Outcomes found that nursing home residents who were prescribed multiple medications following a heart attack were 26% less likely to die within 90 days than those prescribed one medication. However, this is a statistic with an important caveat: As Cardiovascular Business News' coverage of the research notes, patients taking three or four medications were 12% more likely to show functional decline during the three-month follow-up than those taking only one medication.

The writers of a related editorial noted that the study "… makes an important contribution to the discussion of polypharmacy in frail, nursing home residents. Polypharmacy in this population is often thought about only in quantitative terms: 'the fewer drugs the better' without consideration of appropriateness of therapy, goals of care, and patient preference. Some may elect to take more medications to reduce short-term risk as they perceive benefit to exceed harm. Others may place a higher value on symptom control over longevity and choose fewer or no medications."

While polypharmacy is associated with health and wellness risks, clinicians should not set out to arbitrarily reduce polypharmacy in older adult patients. Rather, efforts must largely focus on deprescribing, which American Family Physician defines as "… adjusting medications down to the minimum effective dosage or stopping them when a patient's health status changes in a way that medication burden or potential for harm outweighs the benefit of the medication."

It is through deprescribing and other efforts to improve polypharmacy management that we can safely and significantly reduce the risk associated with polypharmacy without further endangering patients. Fortunately, there are a number of resources and tools available that can help clinicians make data-driven decisions concerning deprescribing. Learn about these polypharmacy tools here. 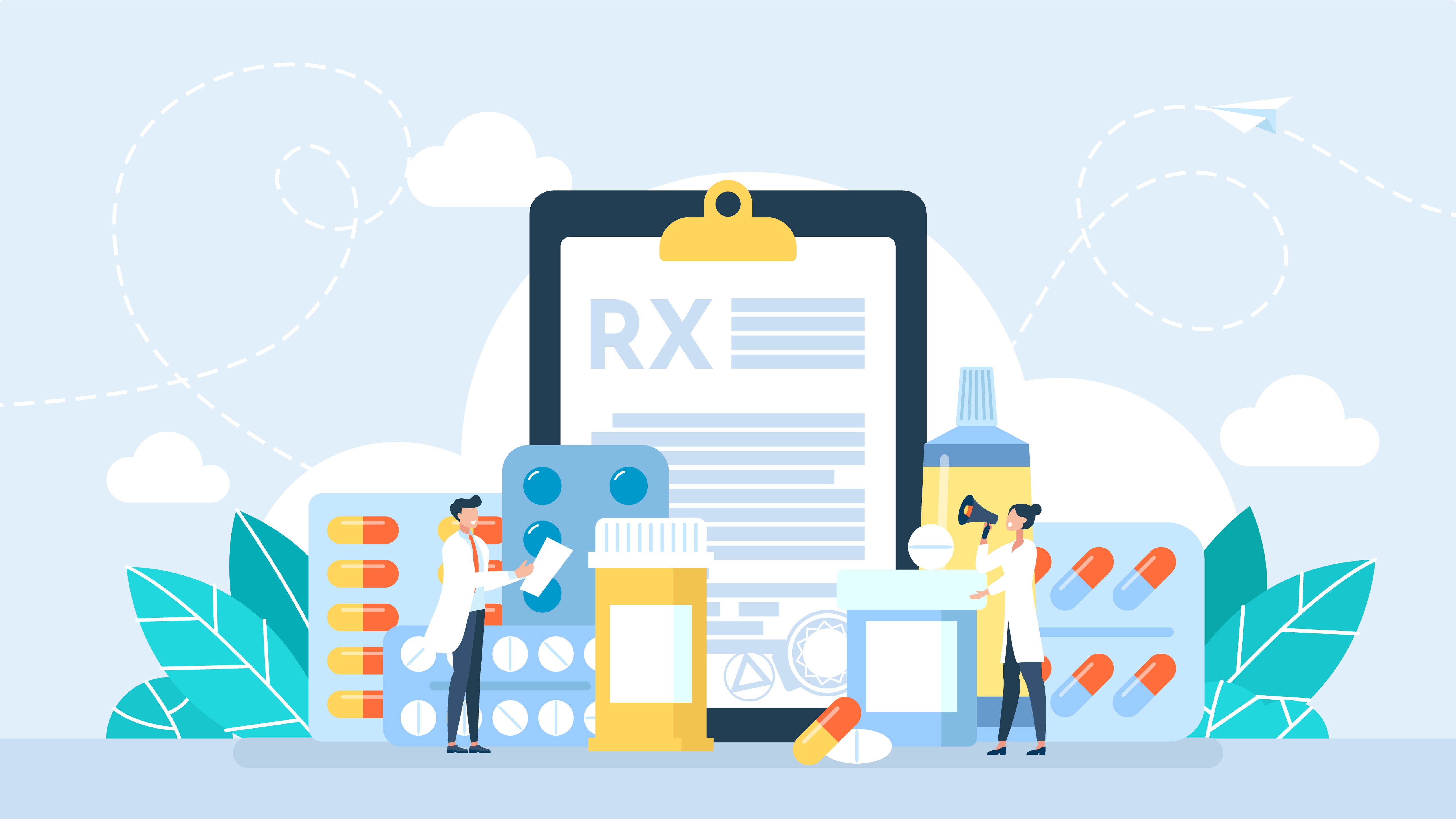